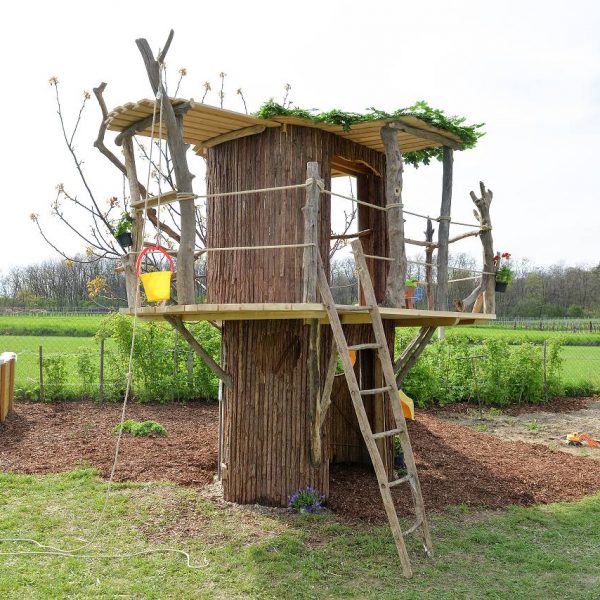 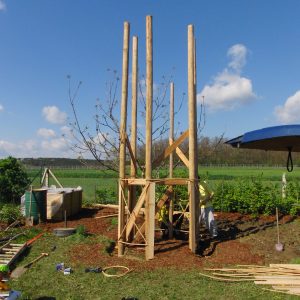 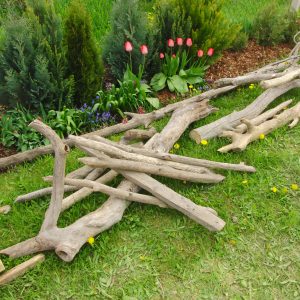 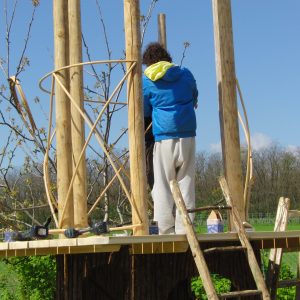 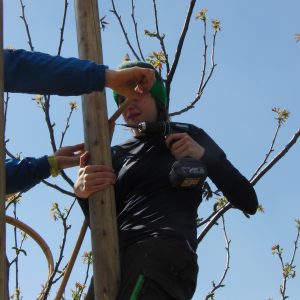 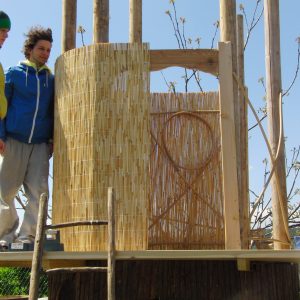 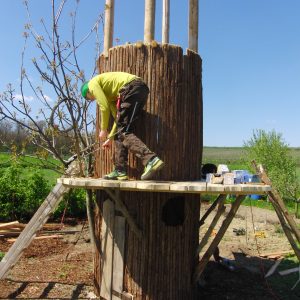 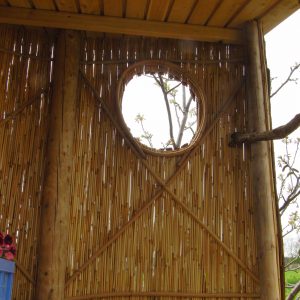 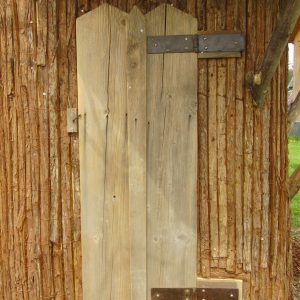 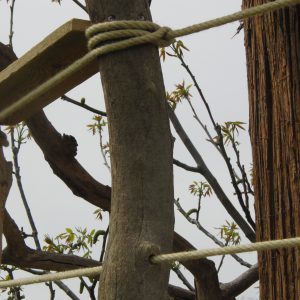 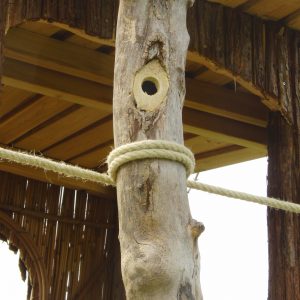 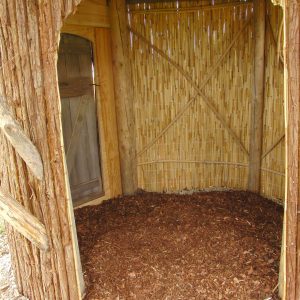 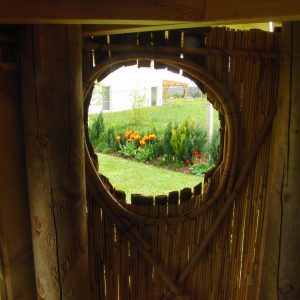 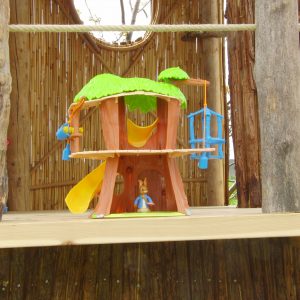 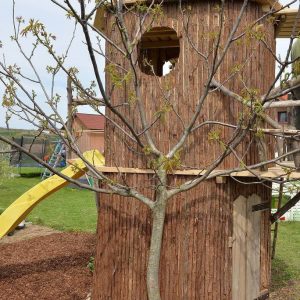 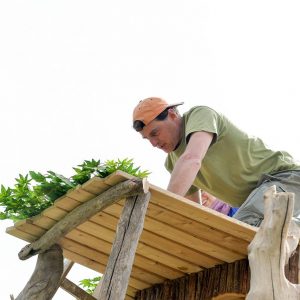 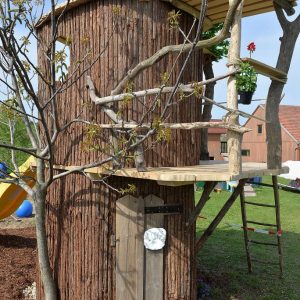 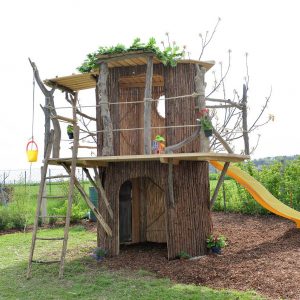 My treehouse season began in late March when Make-A- Wish asked me if I would fulfill the wish of six-year- old Tobias.

Tobias wanted a life-size version of “Peter Rabbit’s Treehouse” from the comic of the same name. The treehouse of the comic consists of a caved out tree with two floors, several balconies, a slide, a telescope, and other toys.

So this time I wasn’t allowed to look down at the world from high above in the treetops, but I had to stay down to (Tobias’) earth. He came by to check in on the progress a couple of times a day, but he accepted our minor modifications of the original.

My co-workers on these project that showed enthusiasm and talent alike were my son Florian, who had already worked on other projects with me, and Lisa, student at a polytechnical school, who did her work experience on the project.

Tobias’ father supported us by digging the holes for the six larch stakes. These stakes were then covered in one layer of reed mats and another layer of bark fences, and the circular openings for the door and windows were cut out. Tobias’ mum kept us well-fed during the process.

The upper floor is a platform made of larch posts with knobby driftwood rods and hemp ropes as the railing, and it can be reached by climbing up an old, weathered ladder. The roof consists of two layers of larch boards. The treehouse nestles up to a young walnut, to comply with Tobias explicit wish to be able to harvest the walnuts through the window openings or from the platform of his treecave.