The Curse of the Black Pearl 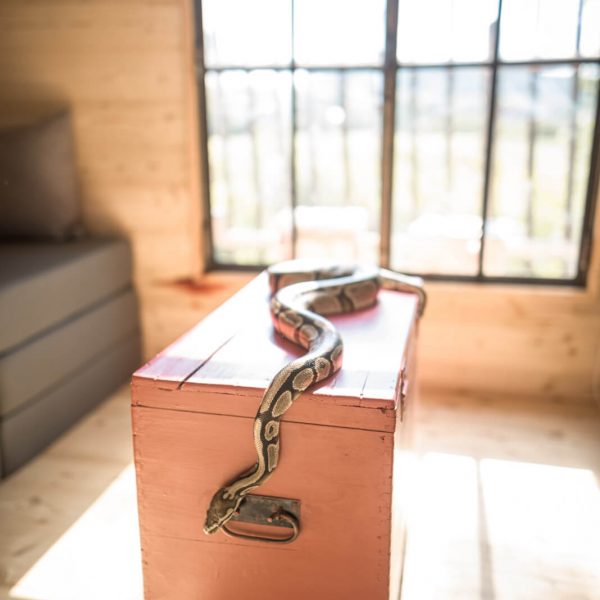 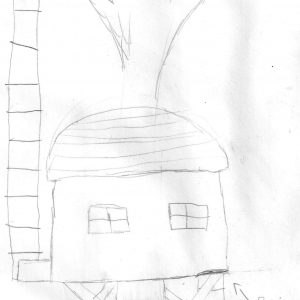 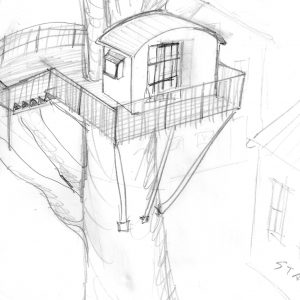 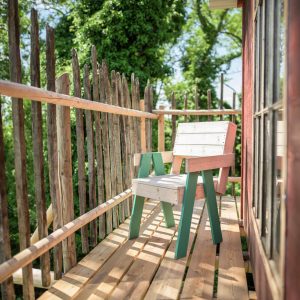 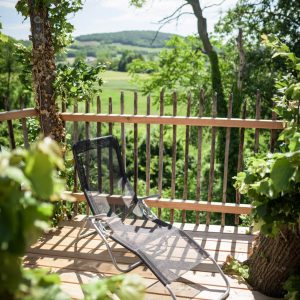 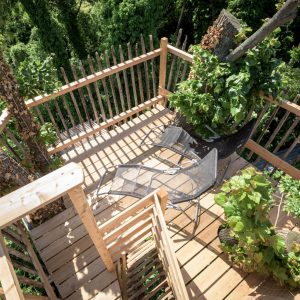 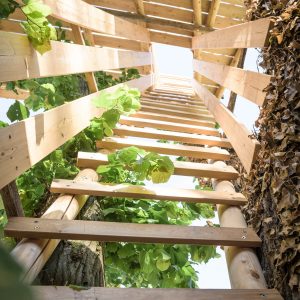 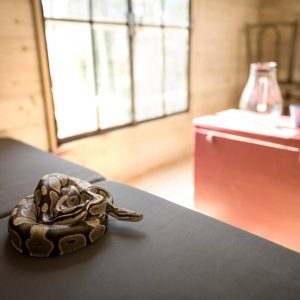 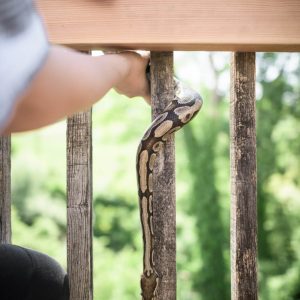 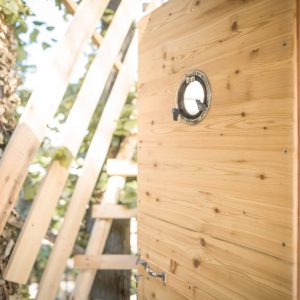 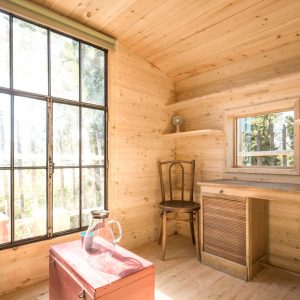 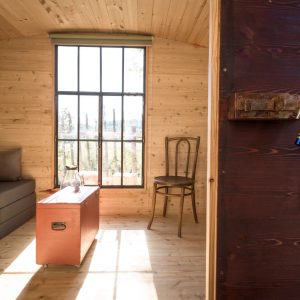 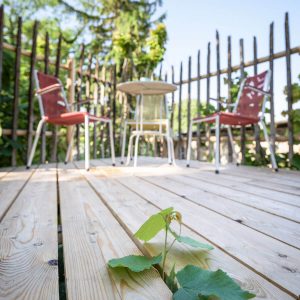 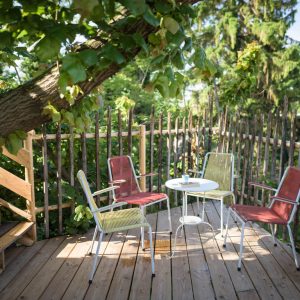 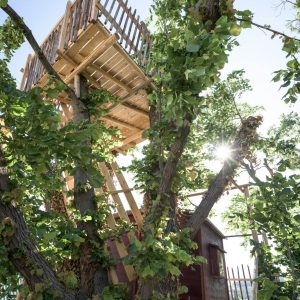 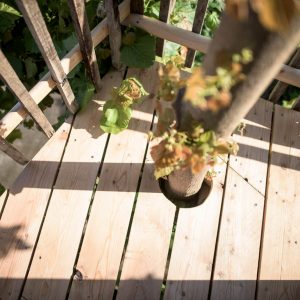 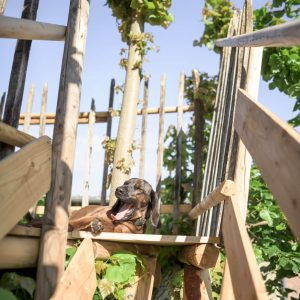 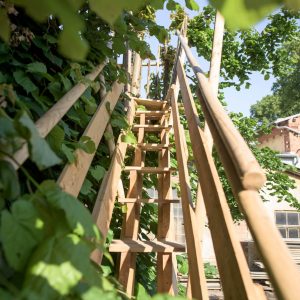 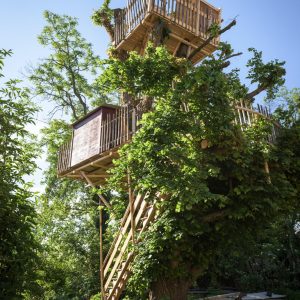 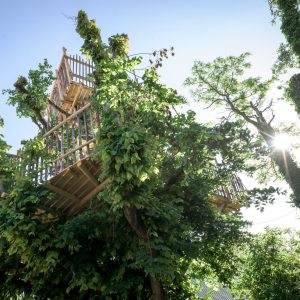 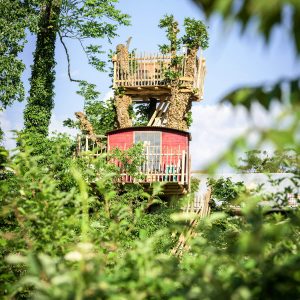 Already in February I had the idea for a multi-storey tree house, when I decided to trim the old linden tree behind the barns as its crown already showed symptoms of being dry rotten, permanently shedding dead branches. As I realized that my telescopic ladders would not reach even the height thereof, I decided upon renting a cherry picker for a day, which would lift me up to a height of 20 metres. I was then able, even though on somewhat swaying feet, to saw off all of the dead branches, still in a bit of danger but rather quickly, standing on the shaky platform cage; then I sealed the cut surfaces against drying, using tree wax. The diameters of the trunks were up to 50 centimetres, and they could not fall onto the surrounding buildings or the truck at which my rotating cage was attached. I still believe that I have never ever been trembling with fear for so many hours at a stretch.

Subsequently, I withstood the inactivity and idleness caused by the Covid-19 crisis. My 12 years old son Felix assumed the role of a building inspector as he had to stay at home due to home-schooling. I asked him to prepare a sketch, which I then later on “translated” into my treehouse reality.

Shortly after, in March, we started our work with the first semi-elliptical platform at a height of 4.50 metres, which is supported by 4 massive branches. You reach the platform via a comfortable staircase having a length of 7 metres. Using further short stairs, you may climb up to the tree house that is situated one metre above the platform, being surrounded on three sides by a balcony and being covered by a barrel-shaped roof made from corrugated sheet iron. The house is made from three-layer slabs of red stained larch. The central element is a forged steel window dating back to the fin de siècle, which has been refurbished with lots of love.

Within the top of the linden tree, there is situated a kind of “crow’s nest” for those who are definitely not afraid of heights. It has a dimension of 3 x 3 metres, offering a wide view onto the surrounding area. The crow’s nest is reached via a ladder. The balustrades are secured through rungs made from weathered vineyard rods.

The hut was completely assembled at my workshop and then lifted onto the second platform using a crane truck (it really is a shame that we cannot use this process in all our projects!). Until the linden tree will have regrown all its foliage, the construction will resemble a little bit a pirate’s ship. With time, however, the leaves will overgrow the construction, pushing it towards the background.

Felix is spending a great amount of time with his friends in his tree house. His beautiful python female Olga is always part of the team.The day before yesterday he had a very early visitor: a loose black-white cat, which he had gotten to know during one of his explorations of the surroundings and with whom he had fallen in love rather quickly. Rather mysteriously, the children had named the animal “Nutella”. She waited in front of the door to be let in, meowing. Then the kitten spent the early morning with him in the tree house, purring in relaxation, visiting him again already the very next evening. Felix was prepared: a can of cat food was already waiting for Nutella.