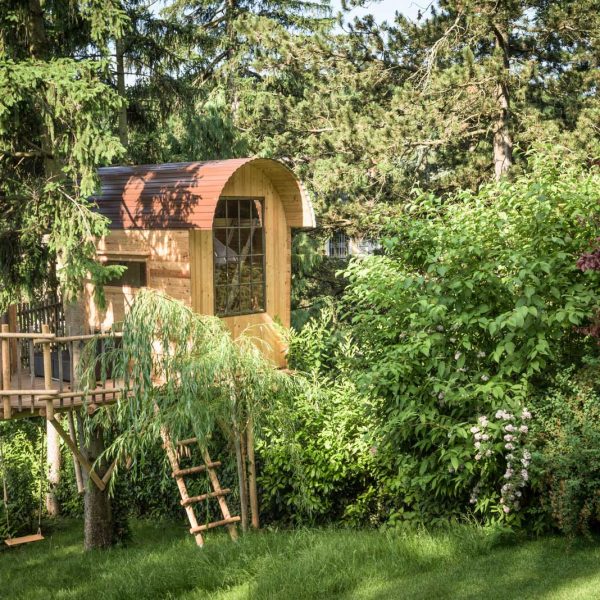 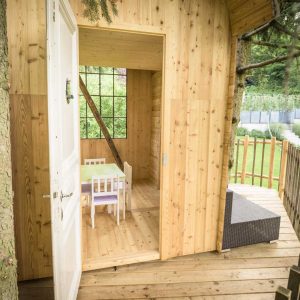 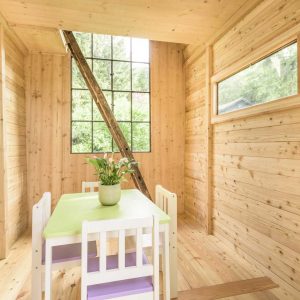 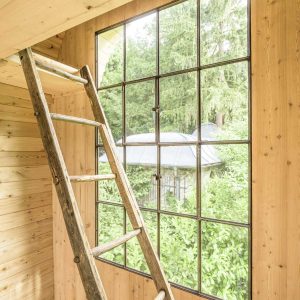 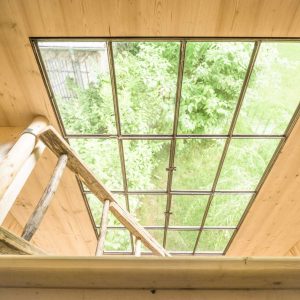 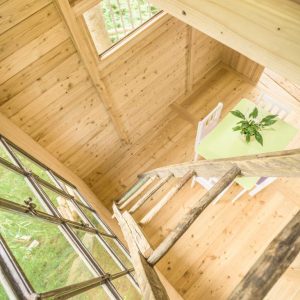 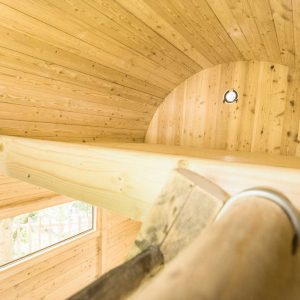 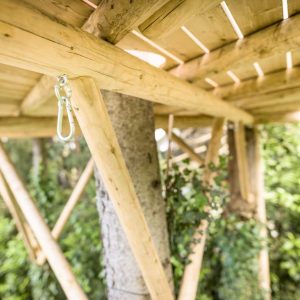 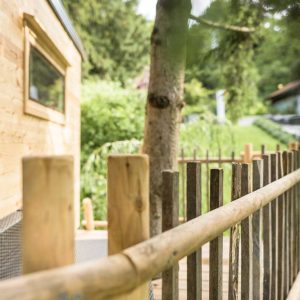 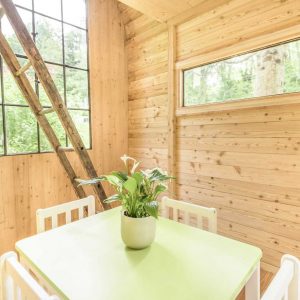 This tree house was built in an outer district of Vienna in a wrist flick. It is carried by three mainly young spruces, which is why it is mounted on a more or less lower platform at a height of only two and a half metres. At the system of rods and levers of the platform, there are attached several swings, a rope ladder as well as a climbing rope such that several children may let off steam simultaneously. There was, however, necessary some convincing and persuading to “sell” the rather unusual form of the tree hut to the future “tree house owner”, a ten-year-old girl. In my head there had been developed the picture of a wagon dating back to the era of American settlement, and I definitely wanted to try out this – for me – absolutely new type of construction in order to pave the way for new developments. The hut, also rather similar to a carriage, is essentially composed of two parallel vertical walls made from three-layered larch slabs, which were trimmed in a semi-circular form on top and slightly conical at the bottom side. One of these houses the entrance door in the form of a restored toilet door of more than 100 years of age. The other wall was given a restored fabric window made of steel dating back to the Austrian Gründerzeit of the late 19 th century. These two walls were mounted on a floor plate, being connected with a male-female boarding made of larch wood. In this way, the hut was provided with side walls and a roof as an integral part, thus exhibiting a stable connection. QED. The intermediate ceiling in the attic space offers space for roomy communal bunks, being accessible via an old climbing frame, which was found in a derelict hay barn. A brown trapezoidal sheet is being used as the roof shell. All wooden parts were impregnated with organic linseed oil.