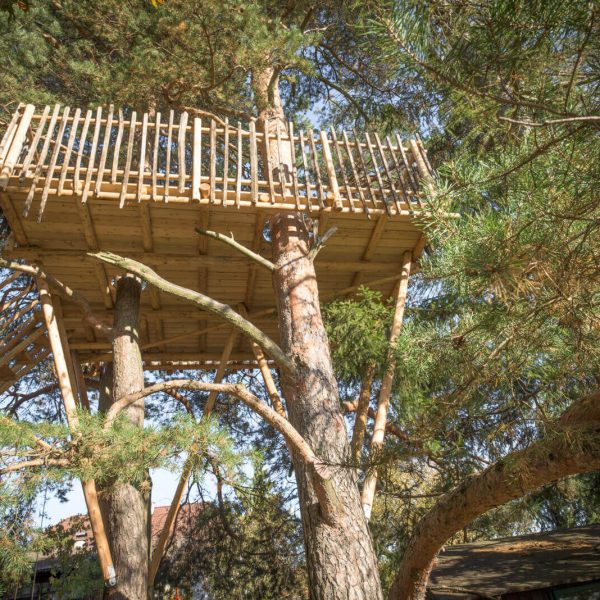 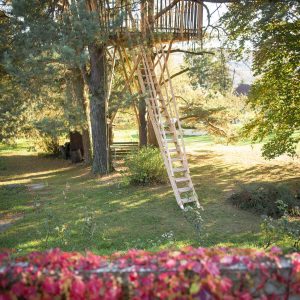 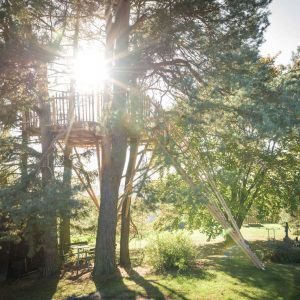 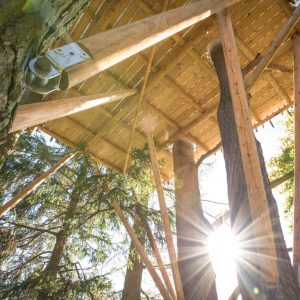 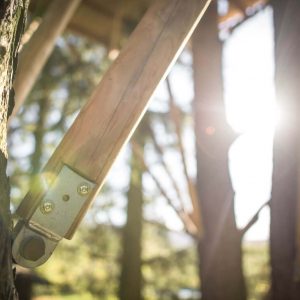 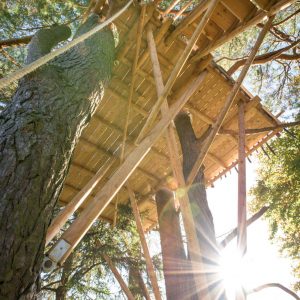 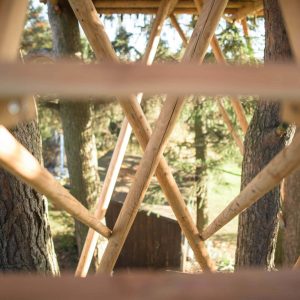 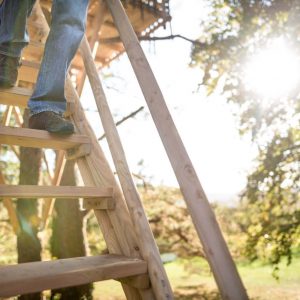 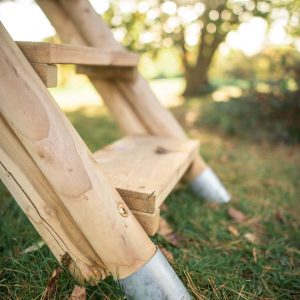 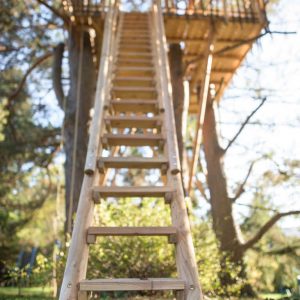 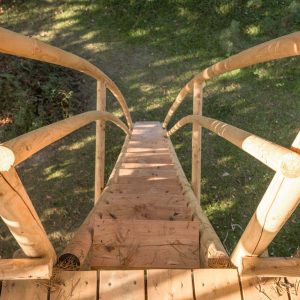 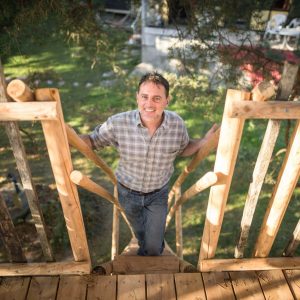 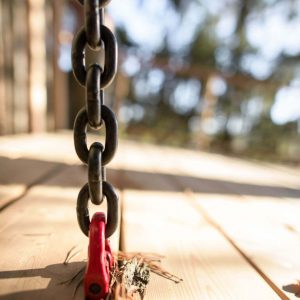 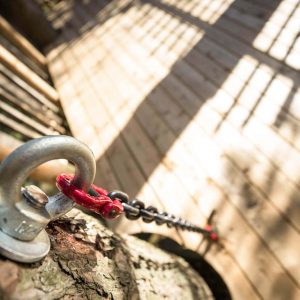 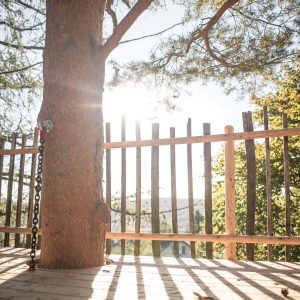 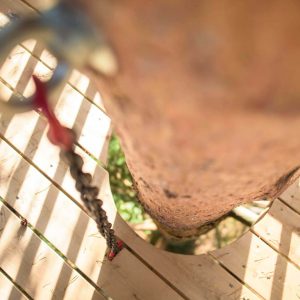 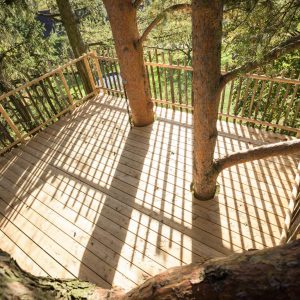 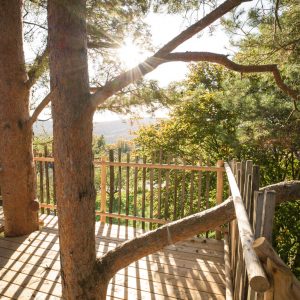 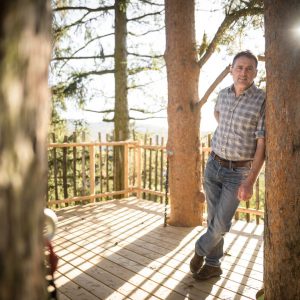 At the end of July 2019, a former school friend of mine, who had accidentally found my website while searching for a treehouse for his daughters, sent me an email. Even though we had not seen each other for about 35 years, we did experience a familiar reunion; and even on the occasion of our very first meeting I met his family when visiting the spacious garden near Vienna. My Bavarian Mount Hound, Ina, quickly befriended the two girls aged 9 and 11, indulging herself in endless tender and loving care. This, however, was to have rather surprising consequences. But more on that later…

After having brainstormed our visions regarding the future platform within a group of pines, with all of us contributing ideas and presenting a feeling for art, we agreed that the construction process should be started already at the beginning of August. This enabled us to have the construction completed by August 12 th , the date of a children’s party.

First of all, the two major beams were suspended at the four pines at a height of 5 metres, using heavy-duty chains, above which we mounted a transverse layer of bridging joists. This skeletal structure was additionally supported at the pines by way of 8 oblique pillars having special metal hinges in order to maintain the position thereof. In this way, there is ensured that the construction remain more or less immobile even in the case of movements of the four trunks during wind and weather. Due to this nearly rigid construction, also the stairs could be fixedly screwed onto the platform at a pitch angle of about 60 degrees, being anchored into the ground using drive-in sleeves. In contrast to some other platforms, it was not necessary to use greased sliding surfaces or movable suspension elements; and there is not being developed any annoying squeaking or creaking when wood rubs against wood.

The cover layer is composed of terrace planks, which were laid, leaving an air gap of about 8 centimetres towards the movable tree trunks. These were fasted to the bridging joists by means of martensitic screws, onto the surface of which we had fixed sealing tape. The handrail is made of round rods, into which old vineyard sticks from weathered locust wood had been screwed at irregular intervals. All the other parts, we made from untreated larch wood.

And it was Ina’s gentleness and kindness that was the reason why the family of my friend got a new family member as soon as only one month later: a very lively and spirited Bavarian Mount Hound puppy named “Rico”.