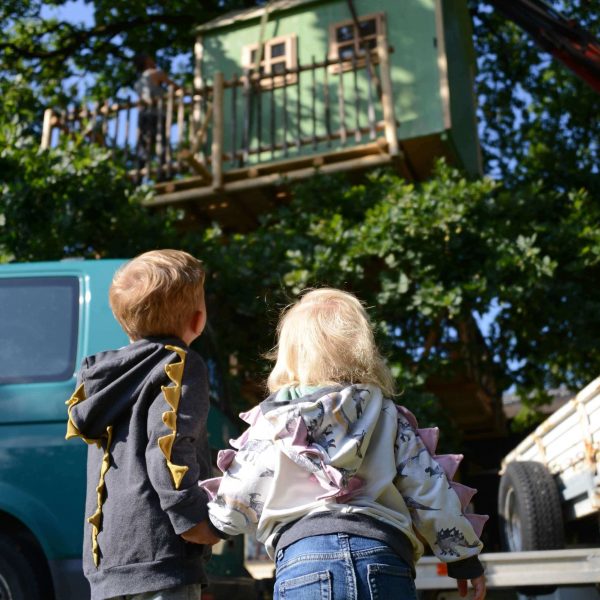 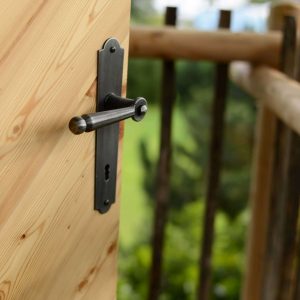 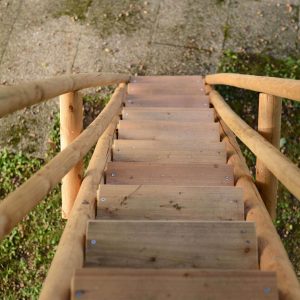 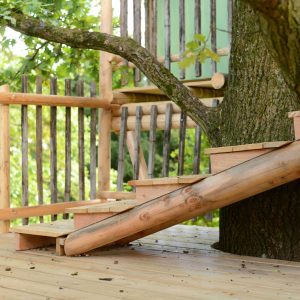 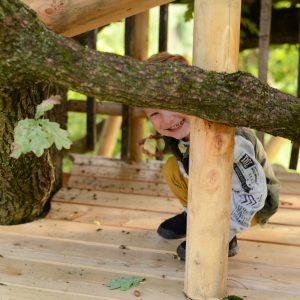 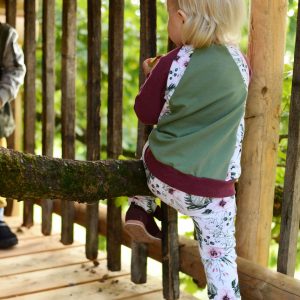 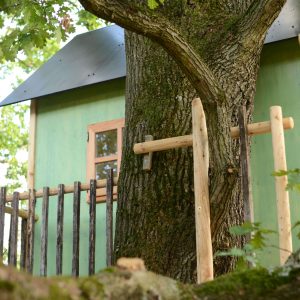 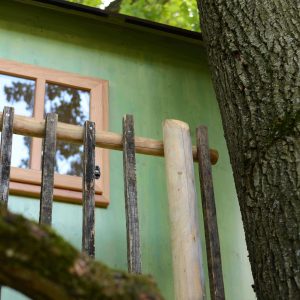 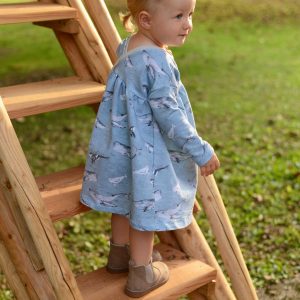 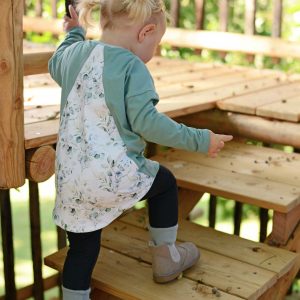 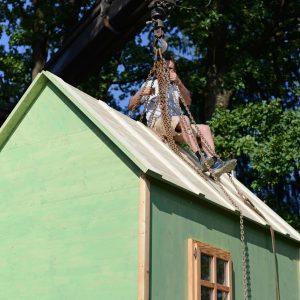 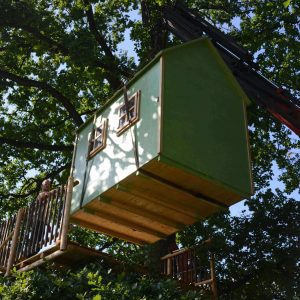 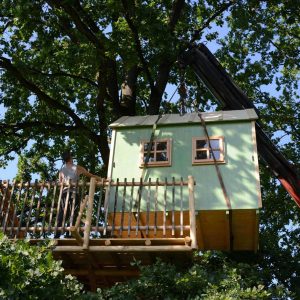 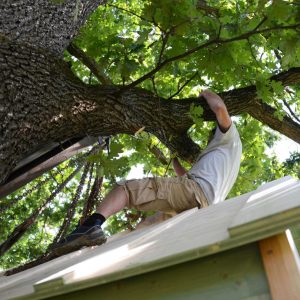 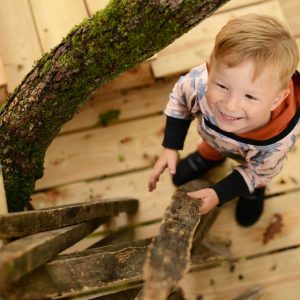 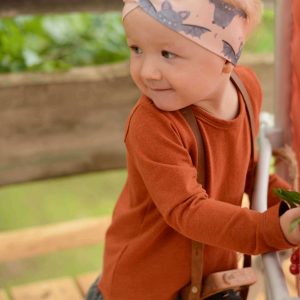 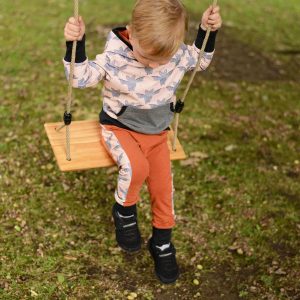 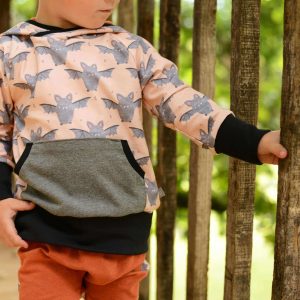 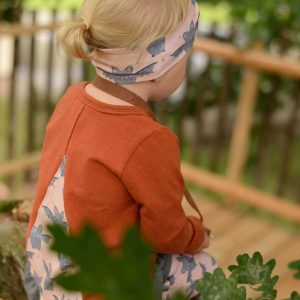 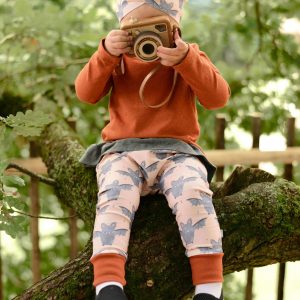 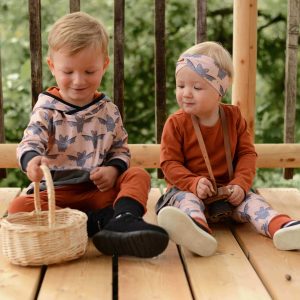 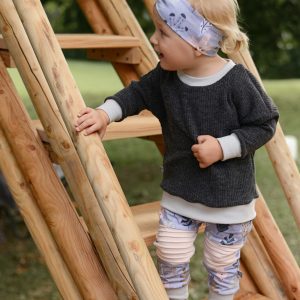 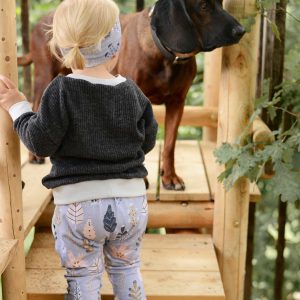 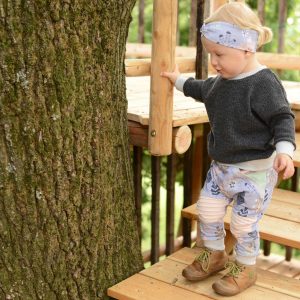 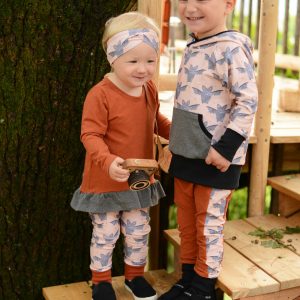 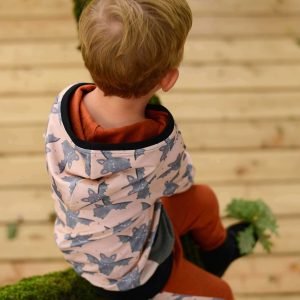 When I was first shown the oak tree grove, where I was allowed to choose one of the trees for a treehouse, I was immediately on fire for the trunk of a thick old oak tree that was located some distance apart. I was honoured that this grand tree, which was only several metres away from the main property, was being made available to me, and I instantly started to let my ideas run wild. Rather quickly I decided on the construction of respectively one platform on either sides of the trunk. One should present a place for the children to enjoy playing there, being accessible from the terrace via stairs. From there, one would reach the higher-situated platform via a small flight of stairs, where the treehouse should find its home, surrounded by a balcony on three sides. From this point, you would have a beautiful view onto the village and far beyond into the valley of the river Mürz.

Well, said and done! My proposal was immediately accepted, and only two weeks later the material was delivered. Rather soon, the surprisingly huge pile of larch wood was completely cleared and timbered and carpentered into the old oak tree. Again, we used weathered vitis canes from locust wood for the handrail.

As we did not want to drive to Styria every single day, we simply unpacked our sleeping bags in the garden under the oak trees, and the friendly family spoilt us with coffee and cake on a regular basis. The two grandchildren, aged 2 and 4 years, curiously followed our daily work.

The hut made from green-glazed spruce and having hand-made windows and a door with origin in the “Mostviertel” – a quarter of Lower Austria – was lifted onto the platform some weeks later using a crane, which merely took us half an hour, which fortunately was due to an easy access thereto.

The pictures for the website are by courtesy of the client, who took the photos herself.