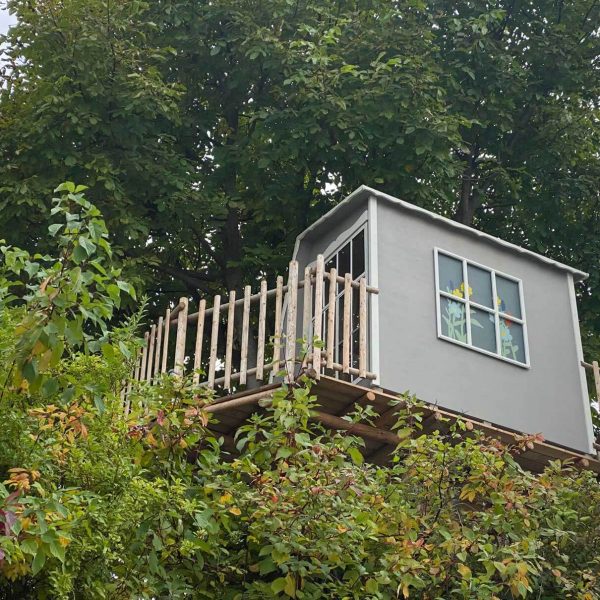 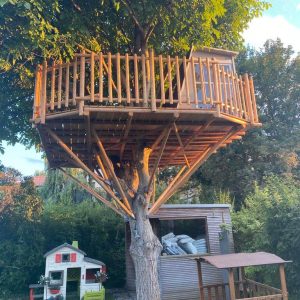 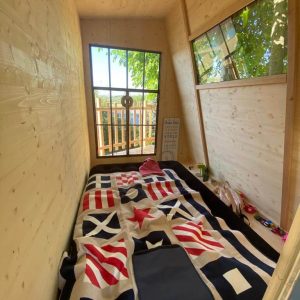 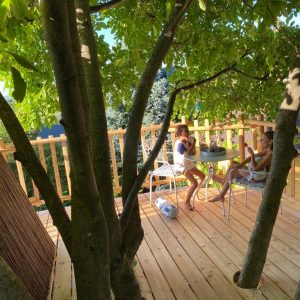 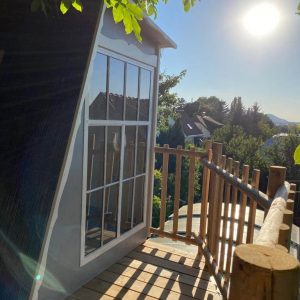 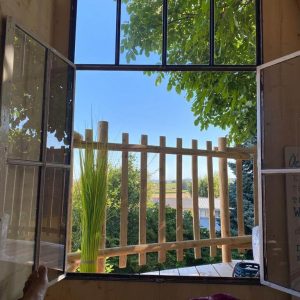 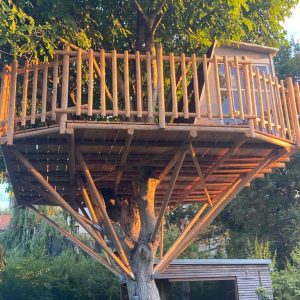 Originally, the nut tree seemed to be too branched to offer sufficient space for a treehouse, as, following a rather radical pruning in the past, the tree branches at a height of about three and a half metres into approximately 10 smaller trunks having the diameter of a thigh, each of these being densely foliated and thus constituting an important resource of photosynthesis for the tree. We did not have the heart to cut off even only one of these to fulfil the customers’ original wish for a treehouse amidst the tree top.

Instead of that, we discovered a larger gap within the branches towards the neighbouring property, which we were able to sufficiently enlarge by trimming a smaller branch. The form of the hut, however, had to be adjusted to an inclined trunk, which is why one of the walls also became inclined and, hence, a steep roof.

The platform is being penetrated by numerous smaller trunks, which, one the one hand side, present small obstacles to be overcome, but, on the other side, also offer means of attachment for hammocks and lantern. The children (aged 6 and 8 years) closely watched each construction phase, commenting on the development. They played with my dog Ina, who –as always – stayed with me.

We omitted a window facing south, such that the neighbours do not feel like being watched and observed, and instead mounted a fake window having flower decoration. We wanted the respective wall not to appear nude.