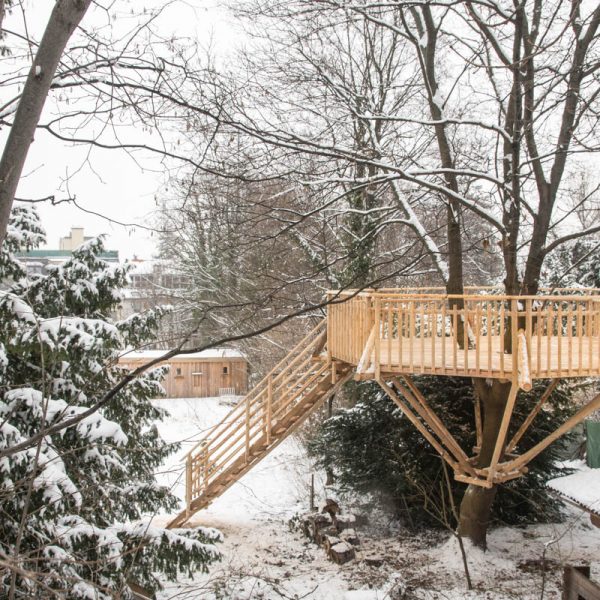 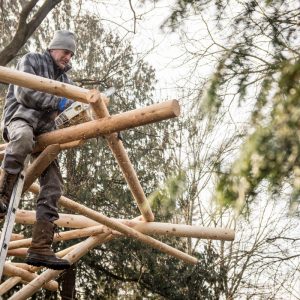 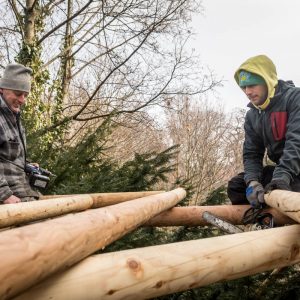 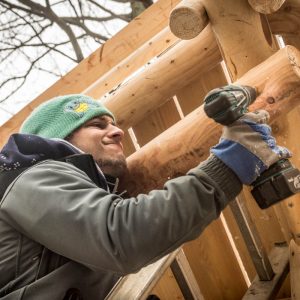 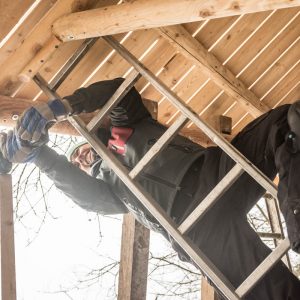 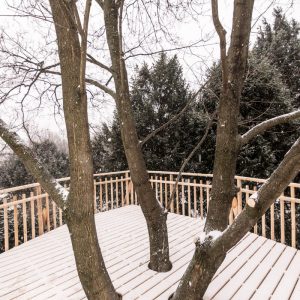 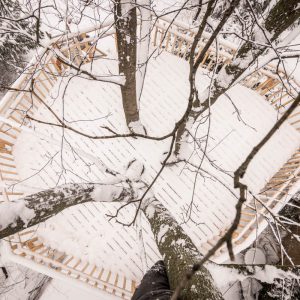 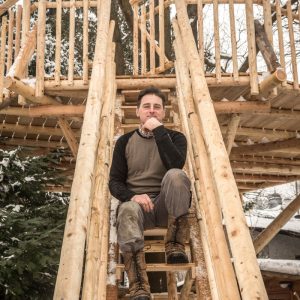 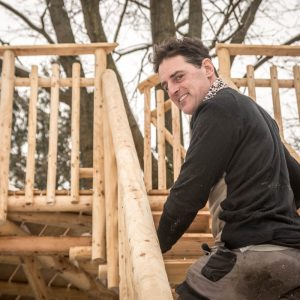 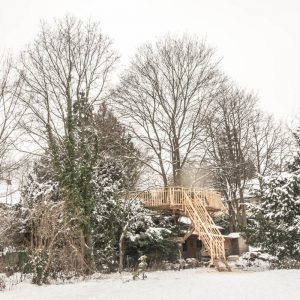 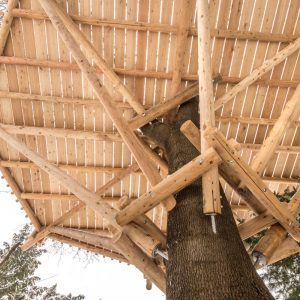 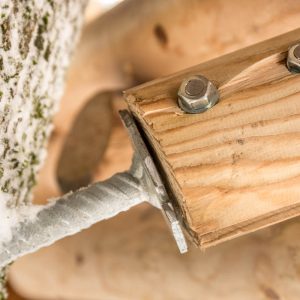 Only around three weeks lay between the commissioning and the completion of this octagonal platform in a Norway maple because all of us happened to be able to start working on this project immediately. Our resourceful customer, who was on paternal leave at the time, was also able to be there and contribute his ideas. His sons, two and seven years old, passed the time playing with my dog Ina. We were also supplied with hot drinks.
Some well-meaning friends had recently commented on my tendency to swear when I’m working. Since we were working in an inhabited area, I tried to go easy on the rage attacks this time out of consideration for the neighbours, who – all curiosity – looked on from beyond the fence from time to time, greeting us smilingly. It turned out to be very good practice for me to keep quiet when, for example, a sorely needed tool had disappeared or the bit attachment had fallen to the ground and was now untraceable in the fresh snow.
This time, we tried out a new fastening method for the main struts, which seems to be working very well. We used customary massive post sockets made of galvanised steel, which are usually cast in concrete foundations, and drilled them into the tree trunk.
A few more January days with temperatures below zero were getting to us as well as to the batteries. Luckily, our enthusiasm for difficult problem solving provided us with enough adrenaline to almost forget about the cold.
The finished platform, an octagon, has a diameter of 6 metres and surrounds three stems that branch out from the main trunk just below the platform and then make their way through the larch terrace floor, reaching for the sky. In one place, the symmetry of the octagon was consciously abandoned in favour of a perpendicular corner in order to secure space for a hut, which will be built at a later time by the customer himself.