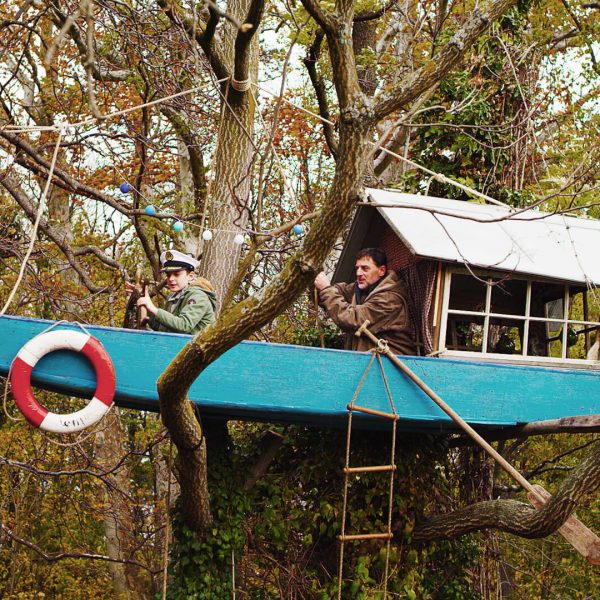 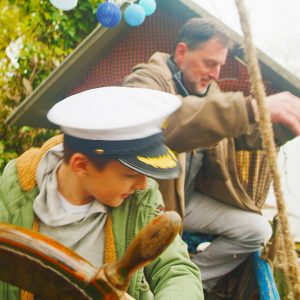 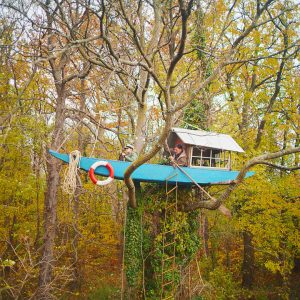 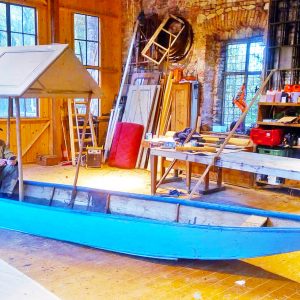 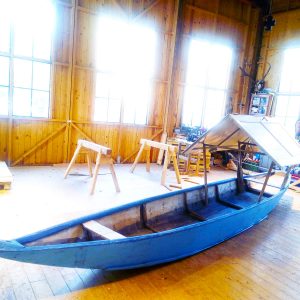 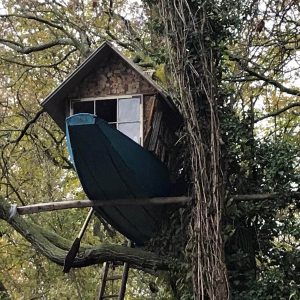 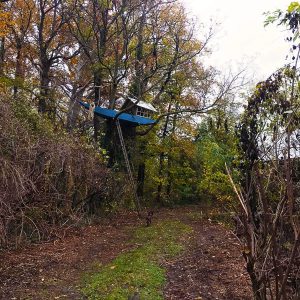 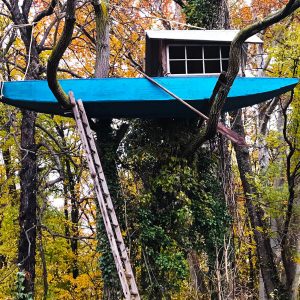 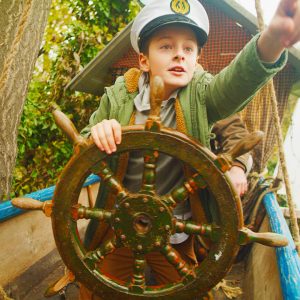 A Vienna-based film production company asked me whether I would be able to carpenter a boat as a treehouse into a tree, for an image film on behalf of sustainability. In this video, the client, the company Willhaben, wants to draw attention to the fact that recycling will reduce CO 2 .

As the day of shooting came only two weeks after the inquiry, I began to search for an appropriate boat on the platform Willhaben and examined trees on our grounds in regard to the usability thereof, even before the commissioning and signing of the contract. I found a disused wooden barge of about 60 years of age, which was stored on an abandoned farm in Upper Austria and which seemed to be the perfect solution for our purposes. In former times, at least according to its owner, it had served to supply the cattle out at the feed during the annual floodwaters, as the farmstead itself is situated within the area of a flood plain.

The film company, however, had also found an old rig, which it clearly favoured. It was imperative to find a suitable boat as quickly as possible and lift it up into the tree that had been selected together with the production company in the meantime and which I had prepared for this purpose. It was a tree-of-heaven with two strong, nearly horizontal branches, which were supposed to carry the boat like two arms.

As I inspected said rig in an abandoned farmstead in Bavaria in the rain and the dark, it was immediately obvious to me that it was too large for my trailer and that I could never ever lift it up into the tree-of-heaven. Furthermore, it was not possible to access the shed, in which the good old piece had been stored. Therefore, I abandoned the old rig to its fate, being quite happy to having reserved the wooden barge; on the way home I spontaneously decided to pick it up. Over the weekend, we painted the weather-beaten boat blue such that it offers good contrast to its future surroundings. We then carpentered a sort of cabin from old doors, curtains, latticed windows and paddles, and a farmer, who is a friend of mine, deftly lifted the boat up to the platform construction I had built, using his crane; since then then boat has been resting – just like being stranded there – at a height of more than six metres on the branches, just like it had been placed there by an enormous flooding.

The shooting lasted nearly the whole day long, as they started with a further scene for the image film, which was shot very early in the morning in our flat. Also my son Felix was given a rather impressive experience, as he had been casted for the part of the captain in the video. Several vans filled with most diverse materials were parked all around the grounds. About 15 persons, from the make-up artist to the light engineer, were at work, while the individual scenes were being shot again and again, following the director’s instructions, until he was finally satisfied and found: That’s a wrap!